FAITH NEWSWIRE – We live in a post-Christian culture. Secularists have welcomed the fading of the West’s Christian identity, but what is it being replaced with? In this live conversation, which is part of the popular Big Conversation series, from Unbelievable? produced by Premier Christian Radio in partnership with the John Templeton Foundation and hosted […] 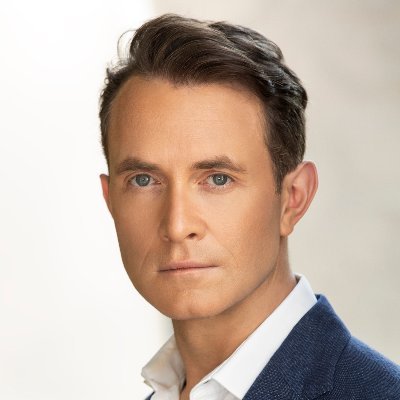 FAITH NEWSWIRE – We live in a post-Christian culture. Secularists have welcomed the fading of the West’s Christian identity, but what is it being replaced with?

In this live conversation, which is part of the popular Big Conversation series, from Unbelievable? produced by Premier Christian Radio in partnership with the John Templeton Foundation and hosted by Justin Brierley, social commentator Douglas Murray shares his own story of losing his faith, while longing for the Christian story to be true. NT (Tom) Wright explores with Murray whether Christianity still makes best sense of the world in a post-Christian age, and how we should address the growing meaning and identity crisis in the West. 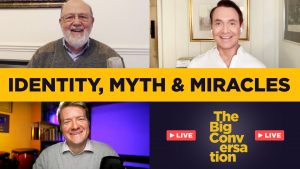 You can access a link to a full transcript of the conversation here.

Amongst the big topics covered in the enthralling conversation were:

In the videocast, renowned author and journalist Douglas Murray explained why he wants Christianity to be true and is worried if it isn’t.

Entitled ‘Identity, Myth and Miracles’ Murray and Wright discussed whether Christianity still makes sense of the world in a post-Christian age and – with the fading of the West’s Christian identity – what it is being replaced by.

In his introduction Douglas Murray said he recognised the values and virtues that the Christian faith has brought and he had sought to address how he thought civilisation and culture had reached its current stage and its current uncomfortable relationship with faith in his book, “The Strange Death of Europe”.

“I still believe what I wrote there was accurate as a diagnosis of the era. But it’s a very uncomfortable position that somebody is in because there has been a period of rejection of faith, particularly from what has been known as the new atheist movement, which made claims that were self-confessedly wrong. Rabbi Lord Jonathan Sacks once said that the claim that, for instance, morality was obvious, was obviously wrong. The claim that basic ethics that we might share are self-evident, is self-evidently not the case. We don’t have to be an ethicist to know that. We just need to travel. You need to read, look, and listen to know that’s the case.”

He said there had, in his view been an interesting move in recent years, where some have said: “If we go back and look at this, what we have and what we like, does have roots in the Christian story. The follow-on question from there, I suppose, is, what do we do about it?

“I think that a great failing of our time has been the tendency to talk past each other on this. The religious tend to say, ‘well, it’s easy, you just have to ‘believe’ if you recognise these virtues and values then then believe.’ However, that doesn’t take into account that for very many people today it is it is harder than that.”

Referring to his “deconversion” from being a person of faith to an “uncomfortable agnostic” Murray was critical of much of the modern Church revealing he had been disappointed by the behaviour of the believing church which had “given up its jewels and gems of the King James Bible, Book of Common Prayer, and much more and (was) becoming something else.

“My fear is that the Church is not doing what so many of us on the outside would like it to do – preaching its good news,” he explained.

Meanwhile NT Wright, whilst conceding some of the church had lost its way, pointed out: “The modern view of religion is something that is divorced from ordinary life, whereas in the New Testament, Paul is clear that from the start the Church was designed to be an outward facing movement to help society. We are about God’s plan to put the world right.” 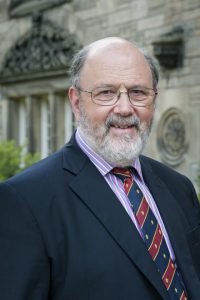 Later, defending some of the work undertaken in the name of religion that often may go unnoticed he added: “I’ve seen lots of great examples of the Church being family for the family-less. There are many ‘ordinary’ Christians doing Christianity at ground level.”

Here’s just a few of the key extracts from the Big Conversation:

“…my point would be that the Church in being true to itself, and not simply relying on contemporary, rather shallow, ethical Maxims, but being true to its original gospel, actually has the makings of doing what at its best some of the woke ideologies are seeking to do, which is a genuine passion for justice. And forget the fact that the Marxists have come in on the act. Of course they have, because if the Church misses out half of its agenda, it shouldn’t be surprised if other people come rushing in from the side to fill it in.” NT Wright

“This world is out of joint, and the great Jewish vision of God’s passion for the world, to restore the world, and the vocation of the people of God to be somehow modelling that, and showing it forth and saying, this is a self-evidently good way to be human. And so it isn’t just thinking through ethical theory, it’s about how the community actually lives. And for me, again, this is all about following and worshipping Jesus.” NT Wright

“If you look at the great error of the ideology, which is trying to embed today, it is that it has spent no time bothering itself over the question of forgiveness. Now, it’s not just that I think that the Church is missing a PR trick in not addressing this, I think that the church does everybody in society the most enormous disservice if it doesn’t say: ‘This is what our faith is built upon. We have been thinking about this and trying to practice it at least for millennia. So at least give us your ear for a moment’ ”. Douglas Murray

“Nothing prepares for the demand to love your enemy. It seems to be so completely revolutionary, and so completely counterintuitive … when people see actual forgiveness, it is, I think, among the most humbling, most moving things you can ever witness as a human being.” Douglas Murray

Details of the other episodes can be found by visiting www.thebigconversation.show.

The Big Conversation video series from Unbelievable? features world-class thinkers across the religious and atheist community discussing faith, science and what it means to be human. Unbelievable? has amassed millions of followers throughout the world, most notably in the UK, USA, Canada and Australia. The series is produced by Premier Christian Radio in partnership with the John Templeton Foundation.