FAITH NEWS SERVICE – A newly released Redemption Press book by author Elinor Young is more than a missionary’s account of her experience in another country. It’s an engaging story of God’s faithfulness when he calls one of his children to an insurmountable task. At five years old, Elinor contracts polio. Though the disease doesn’t […] 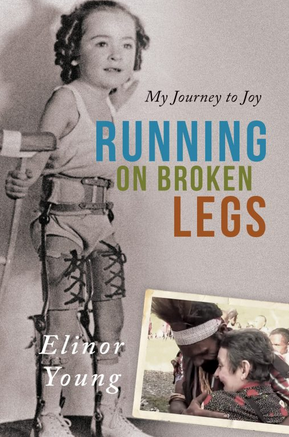 FAITH NEWS SERVICE – A newly released Redemption Press book by author Elinor Young is more than a missionary’s account of her experience in another country. It’s an engaging story of God’s faithfulness when he calls one of his children to an insurmountable task.

At five years old, Elinor contracts polio. Though the disease doesn’t take her life, she is left weak and physically disabled. By age ten, God’s unmistakable voice is clear, telling her she will be a missionary. A few years later, when a guest speaker at church asks, “If anyone here feels God wants you to be a missionary, would you step up to the front here and say so openly?” Elinor grabs her crutches and hobbles down the aisle.

To those watching, she knows it looks impossible. But Elinor doesn’t let her physical disabilities stop her from what God is calling her to do. She knows God will be faithful despite her weaknesses.

And he is. Elinor works as a missionary for almost eighteen years in Irian Jaya (now Papua), Indonesia, with the Kimyal tribe, where she first analyzes their language—its sound system, grammar, and story structure—and then begins the insurmountable task of translating the Bible.

She knows she could not translate effectively without understanding the culture, to “see the world as they do.” So she enmeshes herself in the Kimyal people’s lives. “I had to see them as distinct persons,” Young writes. “Learning about them up close made them real, with names and faces, feelings, and intelligence.” Only then can she translate and summarize Bible books for the Kimyal tribe in a way that will be transferable to their way of thinking.

Her time in Indonesia is not easy. Earthquakes, clan wars, language barriers, a draining load of daily responsibilities, frequent illnesses, and bouts of depression from the weight of it all will test her spiritually, physically, and emotionally. But through it all, she grows to love the Kimyal people as family. For Elinor, her time in Indonesia is more than simply translating the Bible—it is about bringing the light of the gospel to a people in darkness.

Running on Broken Legs is Elinor’s story of how God’s still, small voice brings a girl across the ocean to a people whose language she does not know but whom she grows to love. It’s a vibrant reminder that it is not through overcoming our weaknesses that we are more useful to God. Rather, we become useful when we recognize our weaknesses as an ongoing call to dependency on his grace and the work of his Spirit in us and through us. Through her journey, Elinor learns that wholeness, not merely a “better self,” is found even in the broken areas of our lives when we let God be our guide.

ABOUT THE AUTHOR
Elinor Young grew up on a small farm north of Spokane, Washington. After graduating from Prairie Bible Institute, Whitworth University, and Wycliffe Bible Translator’s Summer Institute of Linguistics program, she worked as a missionary for almost eighteen years in Irian Jaya (now called Papua), Indonesia. Today she lives in Chattaroy, Washington. She mentors future and current and missionaries, edits the Great Commission Kids publication, blogs, speaks on behalf of spreading the knowledge of God around the world.