FAITH NEWS SERVICE – In the wake of a new Supreme Court ruling that protects the rights of gay and transgender workers, it would seem the divide between conservative Christians and the LGBTQ+ community is wider than ever. According to a New York Times article, “Even as more Americans have embraced the cause of gay rights, […] 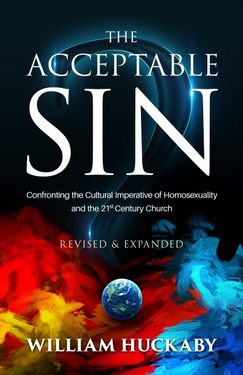 FAITH NEWS SERVICE – In the wake of a new Supreme Court ruling that protects the rights of gay and transgender workers, it would seem the divide between conservative Christians and the LGBTQ+ community is wider than ever.

According to a New York Times article, “Even as more Americans have embraced the cause of gay rights, sexuality remains one of the most divisive issues in Christian communities.”1 But according to Pew Research findings, America’s Christians have come a long way in their acceptance, attitude, and opinion of same-sex attraction.2 Since 2007, views about homosexuality among Christians have increased from 44 percent to 54 percent in 2014.3

But still, the average churchgoer struggles internally with what the Bible says about homosexuality and what to think about it. The only thing that tends to get Christians to rethink their views is if they have a loved one or someone they know come out as gay. They are torn between what Scripture says about homosexual sin and loving their neighbor as themselves.

But according to author William Huckaby, there are other “acceptable sins” Christians seemingly turn a blind eye to, including the sins of gluttony, divorce, remarriage, pride, and other forms of sexual immorality, like adultery. He argues that even though these are serious sins, Christians don’t get as upset with people who commit them as they do with those who commit homosexual sin. His message? “Until Christians come to grips  with the fact that they are treating people unfairly, we will never represent the heart of God accurately.”

Huckaby, a professed born-again believer, used to take a staunch view against homosexuality and same-sex marriage. Having campaigned in 2000 against the homosexual agenda regarding California’s Prop 22, the California Defense of Marriage Act, Huckaby now believes God is moving him away from a judgmental attitude and toward the way God sees the homosexual—as persons He created and loves with His whole heart.

“The balance between mercy toward this sin of homosexuality with the truth of Scripture has largely been lost to the twenty-first-century church,” Huckaby says.

In his new book The Acceptable Sin, Huckaby reveals his own struggle with the sin of gluttony, which he spells out as “the acceptable sin” in today’s American church. According to the Centers for Disease Control (CDC), obesity-related conditions include heart disease, stroke, type 2 diabetes, and certain types of cancer—some of the leading causes of preventable death.4 Gluttony is considered to be one of the seven deadly sins because, according to the Bible, it is a sin against one’s own body, much like smoking, drinking too much, and drug use (see 1 Corinthians 6:19–20).

“Few church members find this sin offensive,” Huckaby says. “Why? Because many of those within the church, both men and women, struggle with it and are therefore more tolerant of it.”

While the Bible may be clear that practicing homosexuality is a sin, how should that fact define a Christian’s approach to the people who are homosexual and the LGBTQ community? Huckaby wholeheartedly believes the church often makes every effort to resolve issues fairly, knowing their actions are often viewed by the world as representing the heart of God. But his concern is that the church is blowing it in this case.

“What the world often believes about God is based upon what they see in the actions of the church. My concern has to do with whether the church is representing God to the world in an accurate, biblical, and loving way on this issue. That’s why I wrote The Acceptable Sin. I want Christians to think, Are we having a positive impact on them? Are we building bridges or walls to the Kingdom of God?”

ABOUT THE AUTHOR:
By day, William Huckaby works as a perfusionist, the person who runs the heart/lung machine during open heart surgery. In The Acceptable Sin, he sets out to explain God’s heart toward homosexual persons, who He created and loves with His whole heart. Knowing this message has largely been lost to the twenty-first-century church, William hopes to challenge the church to love them as Christ called us to. William and his wife, Cathleen, have been married for thirty-nine years and live in  northern California, and they have four adult sons.

For more information or for an interview, contact william@acceptablesin.com.

Connect with William at www.acceptablesin.com