FAITH NEWS SERVICE – Last week, a hearing was held in the courtroom of Judge Gregory W. Alarcon regarding an ex-parte application for contempt and for sanctions against Grace Community Church of the Valley speciﬁcally naming John MacArthur as the defendant. The County of Los Angeles gave the church a one day notice to appear […] 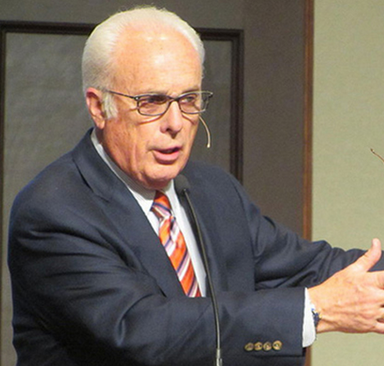 FAITH NEWS SERVICE – Last week, a hearing was held in the courtroom of Judge Gregory W. Alarcon regarding an ex-parte application for contempt and for sanctions against Grace Community Church of the Valley speciﬁcally naming John MacArthur as the defendant. The County of Los Angeles gave the church a one day notice to appear in court regarding the ﬁling of contempt and request for sanctions against the church and pastor John MacArthur.

Appearing for the defense was Charles Limandri and Jenna Ellis. The County’s attorney Amnon Siegel argued that the church was violating the Sept. 4th preliminary injunction court order by continuing to hold services in excess of 3000 people, not wearing masks, or practicing social distancing. The hearing began with confusion because new judge Alarcon asked why the case was moved to his court from the courtroom of Judge Mitchell Beckloﬀ. There was an hour and a half delay in the proceedings while the County prepared a reason for the change of venue.

The County explained that the new court was assigned because the case may be heard there and was available. Attorney Siegel stated that the church was in violation of Judge Beckloﬀ’s order and that indirect contempt proceedings were appropriate. He said the church was committing a willful violation and announced their intentions to violate the order on TV, radio, and social media. He said the defendants were defying the health department order by Munto Davis, M.D., and the 18 page preliminary injunction court order of Judge Beckloﬀ.

The defense argued that the church and pastor were exercising their 1st Amendment rights under the US Constitution and by the authority of God. Attorney Limandri said the church was entitled to a full hearing with witnesses, discovery, a jury, and a full trial on the merits due to the serious nature of the allegations. Limandri said your chances were greater of dying in an accident on the way to church instead of dying from the Corona Virus. He cited statistics regarding the “ﬂattening of the curve” and that no one at Grace Community Church has died because of the virus despite 9 consecutive church services held there.

Limandri stated “As far as we’re concerned this is all political. Never in the history of the US has anyone asked the court to ban church services.” He also argued that the County was retaliating against the church by ending their parking lease with the county who didn’t deny that was the reason. He also lambasted the LA County Board of Supervisors stating they made a ludicrous argument for closing down the church.

County Attorney Siegel responded by stating that Grace Community Church has fulﬁlled the four elements of contempt; ﬁrst by knowledge of the order, ability to comply, failure to comply, and open deﬁance of the court. He said the church does not get to violate the order simply because they think its erroneous. Defense attorney Limandri further responded by saying the rules on shutdowns had become a moving target constantly changing week by week with some businesses open such as gyms, strip clubs, and nail salons, while attempting to keep the church closed.

He also asked why local protests had not been shut down but instead encouraged by the Board of Supervisors. Attorney Jenna Ellis ended the church’s argument by stating “The Constitution is not a side show.” Attorney Siegel then stated that her statement was a mischaracterization of his argument. Judge Alarcon ended the hearing with “I will get a ruling out soon.” Status of the case is pending as of 4:00 p.m. today.

By Larry Fenton – Independent reporter based in Los Angeles, CA