It took 33 years, but this powerful new book has finally hit the market

FAITH NEWS SERVICE – Writing a book is not for the feint hearted, but after 33 years, Geoffrey Gay has finally seen a dream come to life. With travel, starting a career in teaching, then going on to marry his wife and have four children, Geoffrey’s dream of writing his book was put to the […] 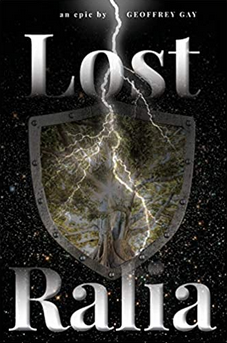 FAITH NEWS SERVICE – Writing a book is not for the feint hearted, but after 33 years, Geoffrey Gay has finally seen a dream come to life.

With travel, starting a career in teaching, then going on to marry his wife and have four children, Geoffrey’s dream of writing his book was put to the side.

However, while he started the book at 22, 42 years ago, Geoffrey was determined to see it come to light and then began the process of selecting a publisher.

As the author of LostRalia, published by Ark House, Geoffrey tells the story in the form of an epic poem that takes place in the continent of Ralia (Australia) in an anachronistic medieval setting. Knights in shining armour (and sometimes rusty armour) roam the vastness of the land, endeavouring to be brave and chivalrous.

“The story behind LostRalia began when I was about 12,” Geoffrey stated. “As a lad growing up during the Cold War period, I was captivated by the likes of James Bond and Napoleon Solo (The Man from UNCLE). Living in a regional city on a state border made me aware of interstate rivalry, so I devised a story in which a secret agent saved Australia from an impending civil war between (the states of) Victoria and New South Wales.

“A modern version of the story was finally hand-written as a short novel while I was living in Mexico in 1977 as a 21-year old. Having kindly been invited to a Spanish-speaking writers’ group in Mexico City, I was able to present it to its founder and renowned author from California, Margaret Shedd, who was published with the famous company, Doubleday. She liked my story, but wanted me to improve it in a few areas.”

On returning to Wagga Wagga in regional Australia, Geoffrey began to imagine that this story had ‘really’ begun when knights in shining armour roamed this vast continent and that the best way of relating this tale was in poetic form. Having written some poetry for friends at teachers’ college when he had first become a Christian in 1974, and in keeping with the theme of interstate rivalry and a newly-found desire to provide an explanation, among others, as to why Adam and Eve were prevented from eating the fruit on the Tree of Life after they had eaten from the Tree of the Knowledge of Good and Evil, he devised a plot that combined the two.

“So, in October 1978, on the top floor of a manor house in a bay window overlooking Wagga Wagga’s leafy central gardens, I wrote the first three ‘scrolls’ of LostRalia,” Geoffrey continued. “Unfortunately, at that time, I didn’t know how I was going to bring all the loose threads together. It wasn’t until I finally understood the significance of the intentional separation of those two trees in the Book of Genesis that I was able to finish the story – eight years later!

“On a Sunday afternoon in March 1986 in the quiet town of Strathalbyn in South Australia, I put the finishing touches to LostRalia. I can vividly recall that the poetry just poured out of me that afternoon and evening in a way that I had not experienced before or since.”

Geoffrey was born in the southern Australian city of Melbourne. With a typical Australian upbringing, which consisted of backyard cricket and football, he went on to graduate from university with a Diploma in Teaching. While busy traveling, it was six years before he actually moved into official teaching in a classroom.

Having traveled to USA, Mexico, India, Russia, China, the UK, France and Italy, all of these locations have provided him with context that he could use as a humanities teacher in various Christian schools around Australia. Having upgraded to a Bachelor of Education, he has been a principal in two small schools and is currently teaching Latin and Geography at the Brisbane Christian College.

In the midst of this, he met and then married his wife, Jill, whilst teaching in a small Bible school. After forty years of marriage, the couple has four married children and ten grandchildren.

Ultimately, LostRalia is a prayer for the country of Australia, as readers will feel after finishing the Epilogue.

It is a book that offers profound explanations for spiritual truths, interspersed with tasteful amounts of blood and gore action. Driving the reader on is the ultimate question: what will happen to the hapless Lady Adelade? The plot moves quickly from one end of the continent to the other, albeit taking time to allow the characters to play out this narrative by pointing to the Biggest Story of All in many obvious and varied ways.

“Readers will be immediately struck by 143 pages of epic narrative poetry,” Geoffrey said. “This is a rare medium these days, given the nature of modern sensationalist novels. Yet I have been pleasantly surprised by the reactions of friends and colleagues who have read it.

“Many have said that they could not put the book down, and pleasingly, did not have to wait long for the conclusion. Another recalled that once he got into the rhythm of the story, he began to actually sing the poem to himself with a tune that he had made up in his head! As weird as that may sound, readers will generally find the fast-paced, slightly tongue-in-cheek narrative a pleasant surprise with a twist at the end and a thoroughly romantic ending with a strong dose of revelation.

“Younger readers will appreciate the play on place names in Australia, with older readers being captured by a rollicking good ‘yarn’ with far-reaching implications.

“What a privilege it is to be given the opportunity to tell the story behind the story. As brief as LostRalia is, it has been a life’s work for me. I am grateful to so many people for helping it on its way, and I trust that it will bless those who invest a couple of hours of their time riding with those brave knights in the medieval mists of time.”

Geoffrey is in the process of writing a second book.

It took 33 years, but this powerful new book has finally hit the market