In the midst of COVID-19, a new book tells the story of hope and restoration

A book written during a time when “everything was going wrong’ is now released at a time when the whole world needs hope. The Heart of Ruth, which has just been released by Ark House, was written by author Johanna Pascall when she was going through one of those seasons in her life when everything […] 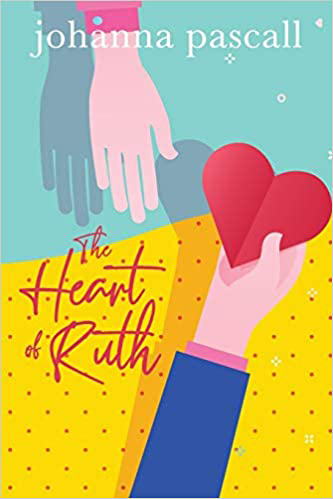 A book written during a time when “everything was going wrong’ is now released at a time when the whole world needs hope.

The Heart of Ruth, which has just been released by Ark House, was written by author Johanna Pascall when she was going through one of those seasons in her life when everything was going wrong. Now, her story might just be the one people need to hear as the entire world works out how to get through the turmoil that is the coronavirus.

The Heart of Ruth is a modern retelling of the Book of Ruth for young adult readers and many will relate, given their worlds have been turned upside down, literally overnight.

“At the heart of it is a story of hope and of restoration, which as it happens is so relevant to what’s going on in our world right now, given the global pandemic and the fear and hopelessness that is so prevalent right now,” Johanna stated.

“I wrote the book during a time when I was going through my own storm in my life. Everything was going wrong with my job and finances, and at the same time, my husband suffered depression. I went through a journey of being angry with God, then realizing His love, grace and comfort during these times. I didn’t want to waste this experience so I asked God what He wanted me to do and He responded with a quiet whisper, ‘You’re going to write about Ruth in today’s world for young adult readers.’”

Thus the idea for a fantastic new book was birthed. The story of Ruth is so close to the world we are living in right now. For many of us, life has been going along just fine. Most had big plans for 2020 and the new decade – and within a few short months, our world has been rocked by a pandemic that has threatened to go into a recession – at best. Ruth’s life mirrored this and she had to turn to her god to get her through tumultuous times.

“I had always liked the story of Ruth and sometimes wondered what biblical figures would be like in today’s world, but I had never really thought about putting these two together and writing a book about it,” Johanna told me. “So I read Ruth and suddenly, within a few hours, I had the entire plot and chapter by chapter breakdown.

“What really drew me to this story is the overarching message that there is hope, even when life takes an unexpected turn – when you’ve lost so much, don’t think you have a future, when life is tough, when things aren’t going the way you’d planned – there is hope, just keep going and eventually it will turn around. Just don’t give up. In the book, Ruth had everything but she losses it all, and even though life is hard, she kept going and at the end, she found her purpose in life and as a bonus, she also found true love.”

Readers of The Heart of Ruth will discover subjects such as dealing with depression, managing tricky family dynamics, and how to find self worth. Ruth saw herself as the hopeless one in a very gifted family, however she finds that she has something to offer the world after all when she finds her passion and purpose in life.

“It’s so timely that this message is heard during this time,” continued Johanna. “Life is tough already for teenagers and young adults, and now with the overlay of a pandemic, many are now isolated from their friends, so they are without their normal support and comfort structure. In addition, many young people are losing their jobs as a result of lockdowns and the economic effects of the pandemic. It’s important to me that as many young people read this story of hope. I worry that depression and suicide is already a real issue in teens and young adults as it was, and the overlay of this current pandemic will only exacerbate this.”

The Heart of Ruth is now available globally.

In the midst of COVID-19, a new book tells the story of hope and restoration