FAITH NEWS SERVICE – Is the advertising industry a tough place for a Christian to work? Not for a sixteen-year-old Tom Glynn who joined a Sydney advertising agency and later worked for top advertising agencies in Sydney, Singapore and London. Tom tells his extraordinary life story in his biography, “God’s Ad-Man” released in August 2021. […] 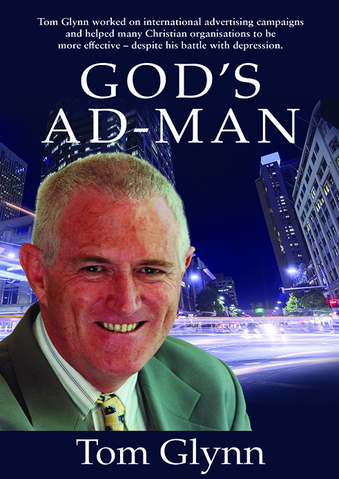 FAITH NEWS SERVICE – Is the advertising industry a tough place for a Christian to work?

The son of an illegal SP bookmaker and a failure at school, Tom became a Christian in his late teens. He believed the principles of advertising could be applied to Christian organizations to improve their communications and fundraising.

“We also attracted commercial clients to keep up to date and provide income,” Glynn said.

Despite his success and the ground-breaking work, he did to make

Christian ministry more visible and effective, Glynn had his own battles to fight.

“During this time, I was suffering from clinical depression which was only diagnosed years later when I was thinking of committing suicide. I wrongly believed it was a mid-life crisis.”

God’s Ad-Man is a story of success and failure, commitment and hope, in business as well as personal life. It also paints a picture of how Christian organizations were able to begin telling their stories in effective, relatable ways.

“As well as understanding something of the challenges of the era, a reader will be encouraged to walk their own journey of fulfillment, courage and commitment, in the life God has called them to,” Glynn concluded.

God’s Ad-Man is available worldwide and from Koorong.