From knife to keyboard: The amazing life of the missionary surgeon who became an author

Ken Clezy is a remarkable man. Not only is he a trained surgeon, but rather than simply use his talents to make a lot of money, as surgeons can and do, he decided to heed the call of God and become a missionary surgeon. Born and raised on the land, he had no interest in […] 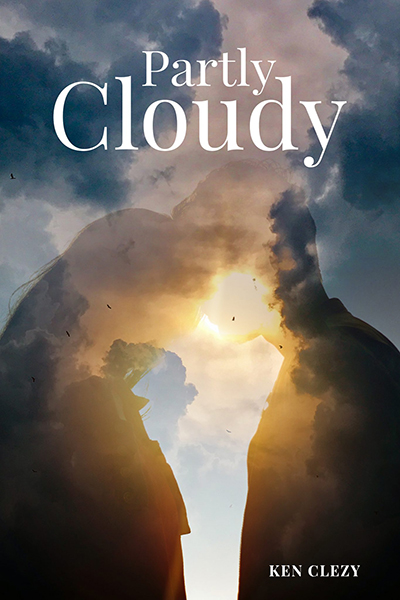 Ken Clezy is a remarkable man. Not only is he a trained surgeon, but rather than simply use his talents to make a lot of money, as surgeons can and do, he decided to heed the call of God and become a missionary surgeon.

Born and raised on the land, he had no interest in following his father into farming. “Nothing about living on the land interested me, not even having a horse to ride to school,” Ken told me. “I was bookish and Dad saw I didn’t have what was needed, so he was happy for me to go my own way. He had unsuccessful neighbors; no point in having his eldest son muddle along like them.”

Ken was in his final year of schooling when he heard a famous missionary speak and felt God’s call to work overseas. Medicine seemed the right way to go and in his final holidays, he had an opportunity to work in New Guinea.  Surgeons were in short supply there, so without any previous ideas in that direction, he came home and told the girl he would marry in December 1953 that life was taking a new turn.

After training in the Australian city of Adelaide, as well as in England, a position in Rabaul was advertised. Ken visited Australia House, where he was to be interviewed for the position. Whilst he had high hopes, he was rejected on account of a history of epilepsy.  While nobody had ever tried to put him off doing medicine or surgery due to his epilepsy, Ken happened to know the man who had become the Director of Health in Papua New Guinea.

He was about to visit England on business and asked to see Ken, advising him that the successful appointee had pulled out because his wife refused to go to New Guinea. He suggested Ken see the best expert in epilepsy possible for an opinion.

“I saw Dr Denis Wlliams, a leading London neurologist who investigated me and found nothing gross,” Ken stated. “He said if he had seen me earlier he would have recommended I do something not as sharp as surgery, but I had my FRCS (Fellow of the Royal College of Surgeons) and New Guinea needed another surgeon, so…

“I had almost 28 years in Papua New Guinea from January 1961 to November 1988, where my particular expertise was in the reconstructive surgery of deformities in leprosy, which I learnt from Paul Brand in India in 1964.  I’m also part-trained in neurosurgery and removed brain tumors and such in PNG for many years.”

After such a long period living in a foreign country, Ken felt the call to leave that country to head home.

“I left PNG because one of my trainees wanted my job, but where to go?” he said. “A position was available in Burnie, Tasmania. I knew about that because I happened to know the man who was acting medical superintendent there and somehow he knew I was thinking of leaving PNG.

“We had 10 good years in Burnie – until a young local surgeon came back.  I was brought up in the days when, if you’re not working flat out, you’re not working, period, so I reckoned there wasn’t room for us all.  I was about to turn 69, with plenty of energy left in me, so what to do? I was offered a year at a Southern Baptist hospital in Yemen to ‘mind the shop’ while the new American career surgeon was in Arabic language school.

“As usual, there was far too much work for one surgeon, so as they liked us, and vice versa, we had a holiday at home each year and went back until mid-2005. While I didn’t see miracles in the sense of physical healing, if you’ve seen the transformation in Muslim lives when they become Christians, that is miraculous.  I’ve seen it many times. Islam offers no assurance; you hope that on judgment day your good deeds will outweigh your bad ones.  The assurance we have in Jesus Christ transforms them, as it should.

“And almost every step in my own life has been close to miraculous.  Why wasn’t I there to take the first bullet when three of our senior colleagues were shot dead in Yemen on December 30, 2001?”

So how did a surgeon, with limited spare time, become an author? “The Southern Baptists planned to shut their hospital on December 31, 2001 for what most of us working there thought were unworthy reasons,” Ken said.  “The embarrassment in high places when our friends were shot resulted in partially truthful explanations for why they intended closing the hospital, so I decided that an independent Christian account of events was necessary.  Then I thought my whole life could be of interest to a few other people, and when that proved correct, I reckoned I had more writing in me.”

Leaving medicine behind, Ken now had the spare time needed to not only recount his story, but also to get creative and become a fiction writer. His memoirs, Now in Remission, was published by WP in 2011. “The book sold so well that they took my first novel, Man of the Moment, without argument,” he continued. “They weren’t so keen on the sequel, Like New Wine, because it contained too much gospel for a secular publisher, but publish it they did.”

In Partly Cloudy, Ken’s new book, the story centers around Magnus and Sally. He is an Obstetrician and Sally a midwife. They work together in a Muslim country in Africa. While Magnus is not a Christian, Sally is and she leads him to the Lord when they move back to Sydney, where they also marry. In Partly Cloudy, Magnus is interested in Paul’s letter to the Romans, which they often discuss over dinner with Helena, Sally’s best friend and George, her husband.

Magnus employs Helena in his office and when Sally is heavily pregnant with their third child, he and Helena get way too close. They repent, Sally forgives them, and life goes on. Sally feels called back to Africa before he does, but eventually it happens, and the book concludes as they are about to leave Sydney.

Partly Cloudy is the captivating sequel to Man of the Moment and Like New Wine. It is fantastically written and completely based around those in the medical profession, much like the author. Ken Clezy clearly shows that while he might be a talented surgeon, he could also easily have tried his hand at a career as an author.

“My first great blessing was having Christian parents and grandparents on both sides, so it wasn’t surprising that my siblings and I all became believers at an early age,” Ken continued. “Thankfully this has persisted down the generations. I have a 13 year-old great granddaughter who is the most articulate little Christian I have ever known.

“I should say that much of this would never have been possible without the wonderful woman I married.  A really good marriage is a priceless blessing.”

From knife to keyboard: The amazing life of the missionary surgeon who became an author