Christian Faith and Pluralism: Just how are Christians to live in a post-Christian world?

FAITH NEWS SERVICE – It’s a familiar story… A dedicated Christian reads the Bible and prays before leaving for work. It’s a busy day of meetings, followed by a family dinner. As she gets into bed, she realises that her Christian convictions haven’t consciously surfaced at all during the day. The ambitions of so-called ‘Christian […] 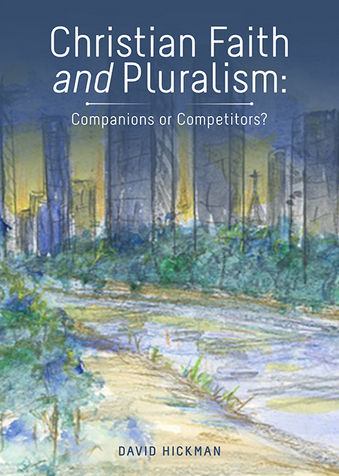 FAITH NEWS SERVICE – It’s a familiar story… A dedicated Christian reads the Bible and prays before leaving for work. It’s a busy day of meetings, followed by a family dinner. As she gets into bed, she realises that her Christian convictions haven’t consciously surfaced at all during the day.

The ambitions of so-called ‘Christian leaders’ resulted in the reckless, damaging crusades in medieval Europe, while in modern times the prestige given to some clergy and cult leaders has resulted in sexual abuse, among other abuses of power.

William Wilberforce was led by his Christian convictions to campaign for the abolition of the slave trade in England. The faith of Australian leader Tim Costello has led him to years of campaigning against the harms caused by gambling.

Christian families concerned about the tides of secularism and contra-Christian values seek safety for their children in a growing number of Christian schools.

In his new book “Christian Faith and Pluralism – Companions or Competitors?” (Ark House) Australian author David Hickman explores the relationship between what we believe and our experiences and conduct in society.

All these are examples of phenomena related to the complex issues of Christians living in societies where there are various degrees of support, opposition, and apathy towards the Christian faith. David Hickman has for decades thought about these matters as he studied at universities, taught history in secondary schools, then taught Sociology and conducted research at La Trobe University in Melbourne, Australia. All the while, he was writing about the relationship between his Christian faith and the knowledge gained from these academic disciplines.

David’s book “Christian Faith and Pluralism – Companions or Competitors?” discusses why so many people, if they think about the Church or Christianity at all, consider it unscientific, intellectually untenable, or hypocritical; and where that leaves sincere Christ followers who are trying to pursue their faith in post-Christian societies.

But as Tom Slater’s foreword explains, David is far from an armchair philosopher.

David became a Christian at the age of fifteen at a Crusader Union week-long guest house gathering, just beyond the township of Healesville. He then went on to be a leader at Scripture Union camps and beach missions, and part of the Melbourne University Evangelical Union.

As a secondary and tertiary institution teacher, he came to grips with relating to students, organising timetables, being a student adviser and meddling in university politics on boards and as chairman of department, as well as providing post-graduate supervision in a variety of topics.

While teaching at Eltham High School in Melbourne, David initiated the Eltham Basketball Club, coached for over fifty years, and became involved in decision-making at various levels of the game, including campaigns to give more players the chance to compete seriously and protect the influence of grassroots volunteers in decision-making.

Some elements of “Christian Faith and Pluralism – Companions or Competitors?” were the result of reflections on his experiences, both sacred and secular. He has sought to relate these reflections to the Christian faith through the reading of Scriptures, volumes of literature (Christian and other), and the views of mentors and friends.

David happily acknowledges the influence of writers such as C.S. Lewis, John Stott, Hubert Butterfield, Richard Niebuhr, Peter Berger and David Riesman, as well as more recent Australian writers such as Brian Hill, John Dickson, Bill Andersen, and Naomi Reed. And there is much to learn from the stories of people’s lives as told by Eric Metaxas.

The early section of “Christian Faith and Pluralism – Companions or Competitors?” explains how we all inevitability develop a set of priorities and at least an implicit philosophy of life, and the validity of basing such a philosophy on the claims of Jesus Christ. Such a commitment is discussed in the context of a pluralist society.

The rest of the book discusses some of the implications of the Christian faith in a wide range of topics, such as leadership and influence, education, social justice, demands of corporate bodies, self-esteem, online Christian communities, keeping peace in our troubled world, community sport, “spirituality” and our attempts to bring about social change.

Agree or disagree, there is plenty in “Christian Faith and Pluralism – Companions or Competitors?” to provoke thought both for the committed Christian and those who enjoy exploring philosophies of life and debates about contending ideas.

Christian Faith and Pluralism: Just how are Christians to live in a post-Christian world?