FAITH NEWSWIRE – CoronavirusHomeschooling.com is a project of the Texas Home School Coalition (THSC), one of the nation’s leading authorities on home education with more than three decades of experience in the homeschool space. THSC is a non-profit organization with the mission of supporting families and homeschooling. With tens of millions of families suddenly finding […] 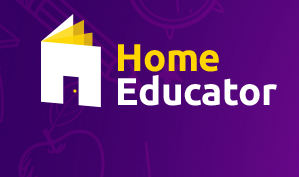 FAITH NEWSWIRE – CoronavirusHomeschooling.com is a project of the Texas Home School Coalition (THSC), one of the nation’s leading authorities on home education with more than three decades of experience in the homeschool space. THSC is a non-profit organization with the mission of supporting families and homeschooling.

With tens of millions of families suddenly finding themselves educating their children from home, THSC, made up of thousands of member families from across the state of Texas, has worked around the clock, just completing phase-one of a multi-phase emergency COVID-19 response plan to afford Americans free digital home education resources.

THSC and Sam Sorbo, an accomplished actress, author, homeschool mom and advocate have partnered together to help provide families these immediate, easy-to-use resources in response to the coronavirus pandemic.

After high school in Pittsburgh, PA, Sam studied biomedical engineering at Duke University before pursuing a career in modeling. Modeling offered her the chance to travel and learn languages; she is fluent in five. Sam moved to Los Angeles for acting, where dedication and perseverance gained her roles in several films (Bonfire of the Vanities and Twenty Bucks) and TV shows, including Chicago Hope and Hercules: The Legendary Journeys. Hercules introduced her to Kevin Sorbo, who swept her off her feet. They married in 1998 and she moved to New Zealand. While living in Auckland, Sam created and published a humorous and educational photo-book, Gizmoe: The Legendary Journeys, Auckland. She is radio host of nationally syndicated The Sam Sorbo Show, speaks publicly around the country and recently appeared in the movies Hope Bridge, with Kevin Sorbo and Boo Boo Stewart, and Just Let Go with Ian Cusick, for which she won “Best Supporting Actress” at the Utah Film Festival. She served as producer and co-star on a film she co-wrote, Let There Be Light and, more recently, Miracle in East Texas: A Tall Tale Inspired by an Absolutely True Story (starring Kevin Sorbo and John Ratzenberger, with Lou Gossett Jr., Tyler Mane.) Sam’s book, They’re YOUR Kids: An inspirational Journey from Self-Doubter to Home School Advocate, released to rave reviews. Sam’s Teach from Love was a follow-up to encourage families to talk about Godly characteristics and instill virtue in their children.Kevin and Sam’s most recent book, True Faith: Embracing Adversity to Live in God’s Light, debuted on Valentine’s Day with fantastic reviews. Of course, the Sorbos home school their three children.

Sam wrote Share the Light with Kevin to accompany their film and foster Christian outreach into families, churches, and the world community as a way to combat the divisiveness that has entered our culture.

Let There Be Light, was the fourth highest-grossing faith film of 2017, written by Dan Gordon and Sam Sorbo, and directed by Kevin Sorbo. The film stars Kevin and Sam with their two boys, Braeden and Shane, and features Dionne Warwick, Michale Franzese, Travis Tritt, Daniel Roebuck, Gary Grubbs, and Donielle Artese. Executive Producer Sean Hannity also plays himself in the movie.

Miracle in East Texas is a “Tale Tale Inspired on an Absolutely True Story” about the East Texas oil find – the biggest in history! It launches in 2020. The feature stars Kevin Sorbo.